Brothers Howard and Guy Lawrence announced details of the upcoming Disclosure tour, a total of ten dates between March and April.

The excuse for the tour is the recent release of “Ecstasy”, an EP containing five original tracks by the British vanguardist house duo.

The tour will begin on March 13 in London and will go through Berlin, Paris and Chicago, among others, until ending on April 29 in Brooklyn.

Disclosure was scheduled to perform this year at the Coachella Festival, which has been rescheduled due to the health emergency from the coronavirus pandemic.

You can see all the confirmed dates here: 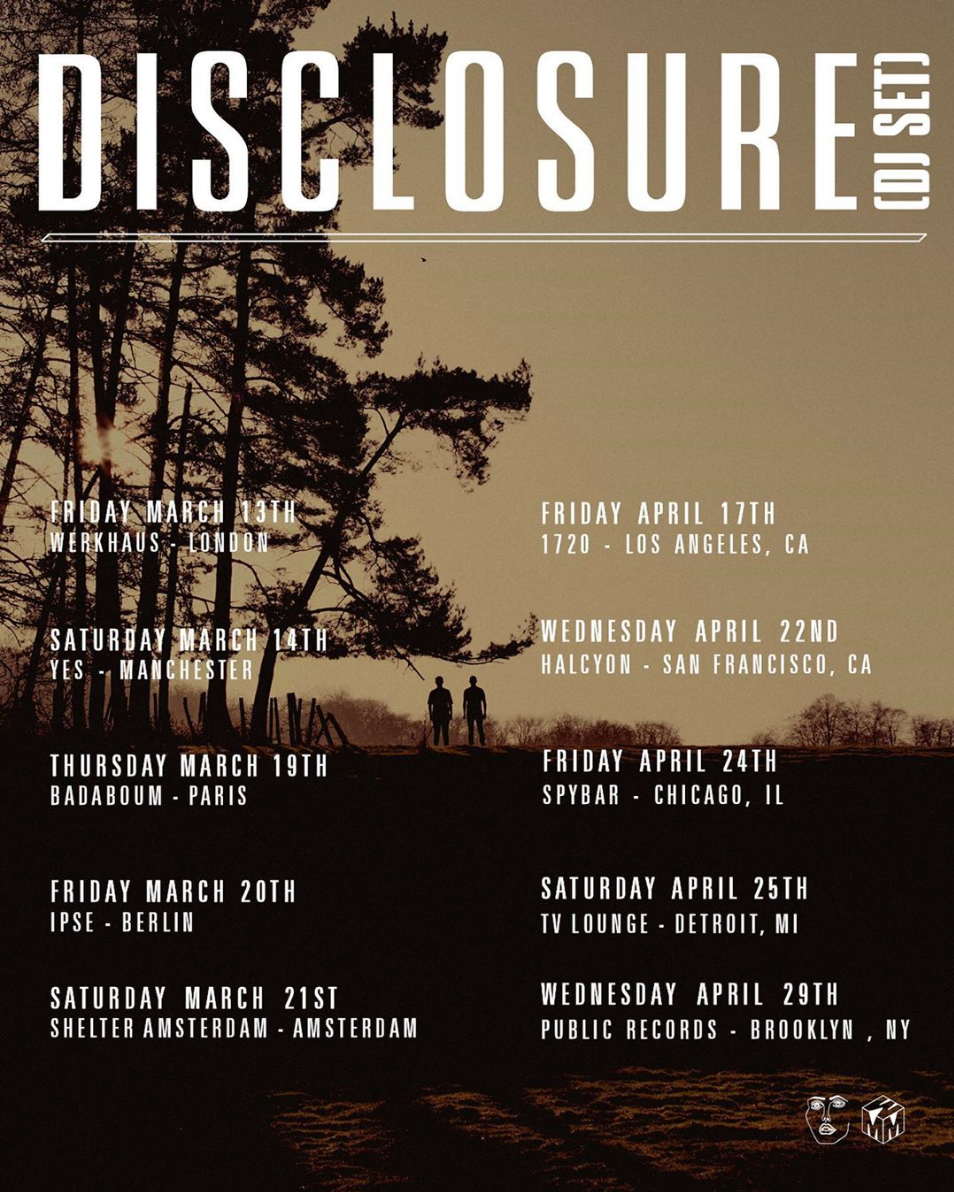